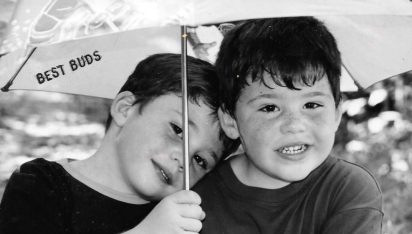 My oldest had surgery two days ago in order to reduce a fracture in his right hand.  He had been in a boxing match with a car, and his fourth metacarpal had paid the price.  After 4 days of trying to convince him the swelling and the bluish hue to the one portion of his hand was probably not normal, he begrudgingly agreed to have it x-rayed and the fracture was discovered.  As I stated in my previous post From Cute A** Puppies to Traffic Court to Plastic Surgery – All in One Day, he was scheduled for surgery on Monday, after he had undergone a consultation with the Plastic Surgeon.

Surprisingly, my oldest was not nervous at all about the surgery.  He was concerned more with the fact that he wouldn’t be able to eat for quite some time pre-operatively.  My husband and I both thought there might be issues with this, because of his need for six meals per day, but he didn’t complain at all. The day of the surgery, my husband brought him to the hospital.  I had patients scheduled in the clinic.   My son was projected to be the last case of the day, so I was sure I would be able to finish up clinic in time to get over to Day Surgery to see him before my son went in. The surgeon’s cases went much quicker than they had planned, and the Day Surgery staff called my husband to see if they could arrive several hours earlier.  Their arrival coincided with lunch time, so I was able to pop over and see him while he was being prepared for surgery.

My husband and I are sitting in the pre-operative holding are, watching my oldest have his IV inserted.  The nurse is asking him questions, which he is answering most maturely and with a sudden punch to the stomach I realize he is 18 years old.  I mean, I knew he was 18 years old all along, but what I didn’t realize was that he didn’t need us to sign the consent for him, because he was no longer considered a minor.  I hadn’t really ever thought about that prior to that moment, and the thought actually took my breath away.  My son, by law, was viewed as a grown-up.  The staff in Day Surgery were also a little flummoxed by this fact, it’s not often their patients are old enough to sign for themselves and they were all a little thrown off.

The nurse asked my oldest if he would like to sign the consent.  I interjected by advising my oldest he should only sign the consent if he completely understood what the surgical procedure entailed.  I said if he had any concerns or questions, he needed to ask before he signed. That was like opening Pandora’s Box.  He thought about it for a minute and said he would like to ask the Plastic Surgeon a few more questions, because he wasn’t completely clear on how things would play out.

I had to go back to clinic to see my afternoon patients.  I hugged my son and said good-by to my husband and barreled back over to my office.  Apparently, my oldest took my words to heart, according to my husband.  He said the Plastic Surgeon came in and discussed the procedure with both my husband and my son.  She asked if there were any questions – and the flood gates opened.  My son asked her question after question.  She answered and he asked more.  Finally – after probably at least 10 questions, my son was happy with all the explanations and said he was ready to have his Dad sign the consent as his right hand was in the cast.  Then the Anesthesiologist came in, and my son asked more questions.  The OR staff came in, to take him into the OR and he was still asking questions.  We find out later, the Plastic Surgeon tells my husband, she forewarned the staff in the Operating Room, my son wanted to know everything and he required technical explanations on everything they were doing.  He continued asking questions until the anesthesia kicked in.

The surgery went really well, and we were told to come into the post-operative holding area and wait for our son to be brought in.  He was wheeled in by two nurses.  All three of them seemed to be involved in a light-hearted discussion.  Obviously, he has responded quite well to anesthetics, because he is going on about how wonderful everything went.  He tells us the nurses and the doctors and all the OR staff are so amazing and how brilliant the process is here at this hospital, and how it must be carried forth forever and forever.  Both my husband and I are chuckling to ourselves, because the things he were saying were so true but the manner in which he was pontificating was hilarious.  He then turns to me and says “Mother, you are so blessed to be working at such a fine institution where everybody cares about their patients so much!”  I agreed.  It is true, the hospital I work in, is an amazing place, where all the employees work together with one objective, and that is to ensure the well-being and happiness of every patient.

I sat there in the Day Surgery department with my husband, as my son recovered.  My son thanked everybody over and over.  He let them know he was so pleased with how everything had gone.  He told the nurses when he became successful, he was going to make sure he donated large amounts of money to this fine hospital.  Honestly, I think the nurses were rather taken aback, because they don’t hear much thanks, and coming from a teenager, who thanked them with such heartfelt sincerity was something that didn’t happen often, if ever.

As I watched him interact with the nurses, I really studied him.  And in his face I saw the little child he once was. A montage of events throughout his life, passed by in my mind’s eye.  I remember all the situations we have struggled through, like the times we encouraged him to wear real shoes – he hated shoes as a toddler.  I remember when he and his brother, with all their little buddies tried to dig a hole to China, or when they would go marching on down the street, one behind each other, a little parade of boys off on adventure.  Or the time, he burned his foot, setting a piece of rope on fire in the alley behind our house, and the time he developed meningitis and he was so sick, I really thought I would lose him. Or the time the school called with concerns he had a bomb, but it was only putty, and how scary that was.  Or the times we stayed up late at night trying to get projects done for the next day and the smile he had on his face when he received an “A”.  All of that flashed through my mind as I watched him converse with the nurses.  I realized with a bittersweet tug at my heart that little baby I held in my arms over 18 years ago had truly grown-up into a fine man; well-spoken, articulate, polite, genuine and capable of handling himself in such an admirable manner.  I was so proud of him, but at that same time I felt a heaviness in my heart, like the ache of being homesick, because my little sweet boy, has now become a man.

Tagged as: Growing up, Surgery