Tea Time Under the Art Building

Boarding school was a special place for me. It is not what people imagine, a depository for delinquent children from well-to-do families, who have exhausted all forms of discipline and decide to place the raising of their wayward children into the hands of others.  It was nothing like that.  Yes, my time in boarding school was filled with structure and discipline, uniformity and conformity – but there was so much more to it. I have fond memories of boarding school, despite the obligatory bullying from the older girls, which often fell under the guise of guidance and behavior modification from my elders.

I grew up in Australia, just outside Sydney. I think any family that could afford to, sent their children to boarding school.  At least that is how I remembered it.  It was more the norm, than the exception.  I was sent off to school at the age of five.  I don’t ever recall thinking it was a punishment, or a way for my parents to get me out from under their feet. I never thought that.  It was more just the process of growing up, moving forward, and obtaining the best schooling possible.  For me, it was an exciting time.

I remember the school being a place of beauty. Set way up in the mountains of New South Wales, it sat surrounded by green pastures and sports fields, cocooned amongst a forest of graceful eucalyptus trees.   The gardens on the grounds of the school were magical, with arches of shimmering wisteria vines, wrapping their gnarled vines around the extensive garden arbors.  In the spring, the delicate tendrils of lavender blossoms hung down and formed a thick ceiling of fragrance, which served as a backdrop for many games of pretending we lived in a glorious castle made of flowers. 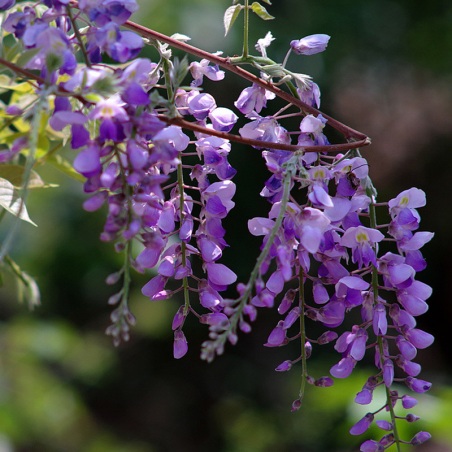 On the weekends, families would arrive to collect their daughters for outings. Those of us that were left behind for the weekends did not sit around glumly, feeling jealous or abandoned.  We were kept busy with barbecues, horseback riding and exploring the grounds.  Upon their return from their travels, our school mates would always bring treats, mostly dried fruits, because I don’t think we were allowed to have candy and biscuits.  I think maybe the more daring of the girls, maybe the older girls snuck the illicit candy and biscuits back, but this would have made their parents accessories to their culinary crimes, so perhaps it didn’t happen often.

Many of the buildings on the grounds of the boarding school were typical Australian buildings, raised up off the ground. I am assuming this was done to protect them from the monsoons, or at least that is what I thought when I was a little girl. The building in which we received our art instruction was a building such as these, raised off the ground with ample clearance beneath it.  Here is where we shared the spoils of the weekend outings, beneath the art building.  We entered from the behind the building, on the side where the creek ran.  Underneath the art building, was our tea room.  I know this might strike you as rather an odd place to have tea, perhaps replete with poisonous snakes and spiders, maybe dirty and dusty, but it wasn’t like that at all.  It was quite tidy and clean. The ground under the building was rock hard and we never saw any creepy crawly things.  We had an entire tea service under the there, which was neatly stored in a chest when not in use.

On Monday afternoons, after our classes had finished, we all arranged to meet under the art building. The girls who had been away for the weekend, brought the spoils of their travels with them. When everyone had arrived, and had taken their seats on the hard ground, the dessert plates were ceremoniously taken from the chest and handed out. The packages of treats were laid out on a blanket in the center.  The dried fruit was always wrapped in crinkly cellophane and created an enormous amount of noise when being opened.  The fruit was doled out by the person who had brought them.  Being the well-trained Australian girls that we were, we waited for everyone to be served before we tucked into our treats.  I don’t remember ever actually having anything to drink with our fruit, but we did have teacups and saucers and these were carefully placed in front of us.

I have to say, thinking back on it now, that dried apricots were probably my most favorite of all the dried fruits. Something about the velvety texture, and the fact that the flavor, intensified the more the fruit was chewed, made them the most scrumptious of all the fruits. Because the building sat on a slight hill, there was enough clearance for us to look at out the sports field behind the building, while chewing our fruit, enjoying the flavors and each other’s silent camaraderie.  In the background, we could hear the slight murmur of the creek, and the Kookaburras laughing from the gum trees in the distance.

After we had all finished our tea (without any tea), and all that remained of the fruit was the crinkly cellophane packages in which they were transported, it was time to share the stories of our friends and fruit benefactors weekend travels. I remember stories of my friend Nikki, whose father was some type of Ambassador from New Guinea, she went to fancy dress balls and did all kinds of exciting things, always.  Then there was Cauliflower (she was aptly named this because of her almost white blonde hair, which sat in tightly coiled curls upon her head) – she lived in Queensland and her house washed away in the monsoons one year.  We all sat there, listening to her tale in horror, imagining her house being washed out to sea, just the roof being visible as it was swept to the horizon. Funny thing is, I don’t remember any of my tales of travels, I know I went out on the weekends, but I couldn’t begin to tell you where I went, and wherever it was, it certainly wasn’t anywhere as near as exciting and riveting as the tales my friends would tell.

When tea time was over and it was time to leave, the empty cellophane packages were gathered up, the tea service was returned to its chest, and the blanket was folded. We would clamber out from under the building, ready for an hour or two of adventure, before it was time to get dressed for dinner.

I now live in the United States, raising children of my own. They attend public schools and have done well.  We are living a fairly normal, average American life – working too much, dashing around, trying to pack more into a day than is either physically possible or healthy.  I sometimes feel like I have short-changed my children with this stable, rather mundane life.  I wish I had the resources to provide them with some of the experiences I had as a child, because when I tell them little snippets of my life to them, they don’t seem completely capable of grasping what I have experienced because it is so far outside their paradigms.

Tea time under the art building – it seems like a time so far away, but in my mind it is still so clear and such a vivid memory.